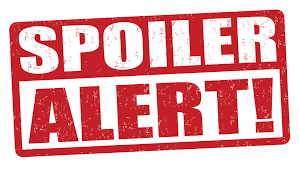 So when this movie came out, I had to watch it. It also good to great reviews at the time and was getting a lot of buzz among moviegoers and film buffs - and I was a huge film buff in the 90s. I still am a huge film buff, but like most old people, I tend to consume older movies and don’t keep up with the newer stuff. My movies, and music, have been stuck in time.

This movie is scary, but I found it less scary on rewatching it since I knew what happens. The movie is still funny - it makes fun of itself by continually referencing other horror movies.

I feel that Quentin Tarantino inspired this type of dialogue with Resoirviour Dogs and Pulp Fiction - where you have characters talking about pop culture and other movies in the movie.

I also like how this movie just gets right to it. It opens with the Ghostface killer, and then from there, Ghostface continues to show up every 15 - 20 minutes of the movie. You could say this movie is also part action and part whodunnit. Back in 1996, movies had a longer theater run. And I remember watching this movie in a packed theater. The reactions from the crowd do enhance the movie. Those days are probably gone, but this movie is a great watch, even at home.