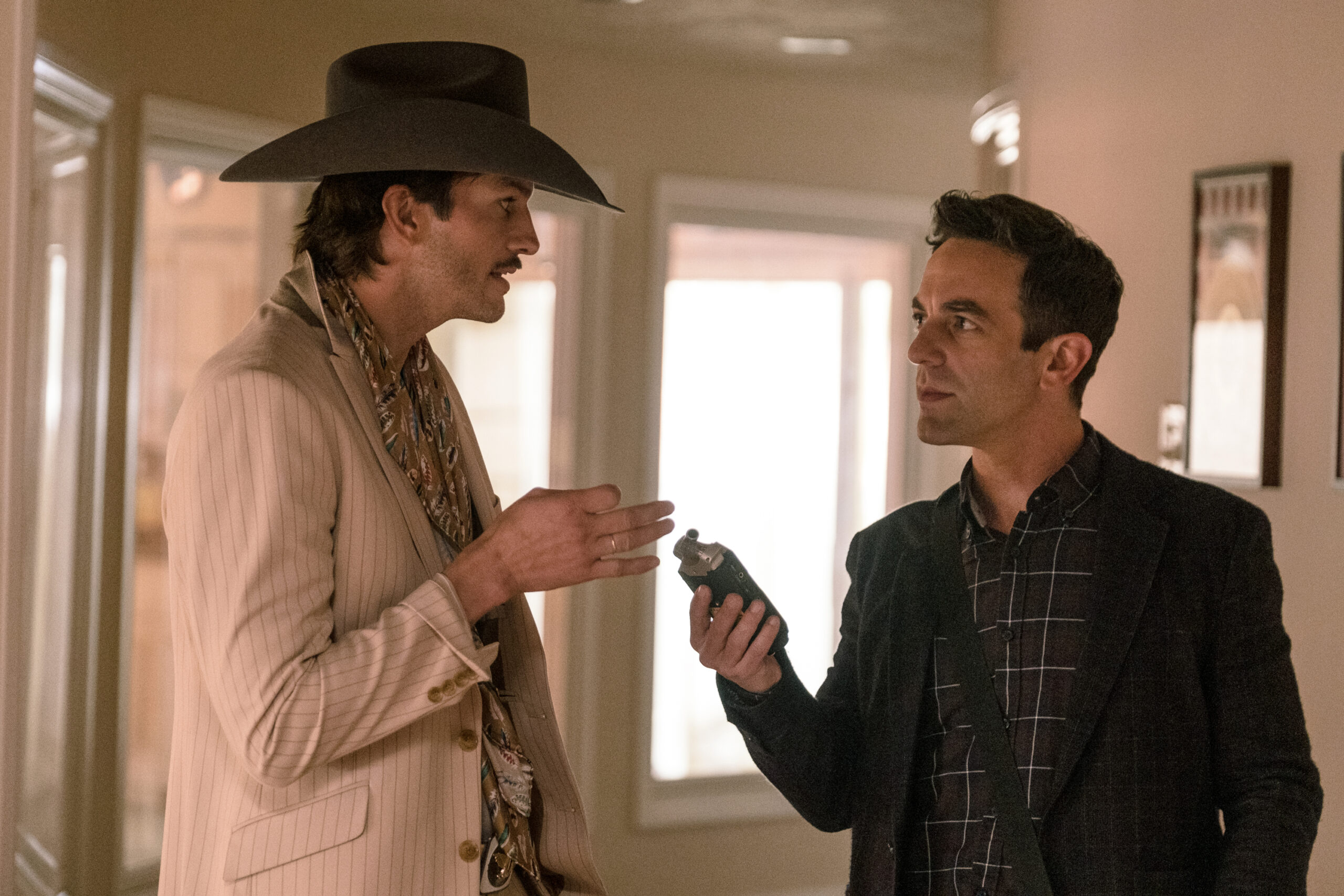 I was wrong. Yes, there was blue-state/red-state comedy, but then it became a mystery.

And I’ll give the ending away since I do give away spoilers since this movie review (and pod) is a deep dive, and you can’t do a deep dive if you don’t talk about the plot, the twists, and the ending.

But I never thought the character, Ben, played by B.J. Novak, would kill the bad guy. I never thought B.J. Novak would write a character that he would play himself that would kill another character. But he did. The balls of him to make a movie that makes fun of himself - because I think he did write the character to show that Ben is a loser. Not a bad guy. But a guy who is a big city snob. He only cares for himself. He cares only about his work, hooking up with chicks, wanting to be a voice that others hear and become famous in that elite academic way, and having a lot of fun with alcohol, parties, and more sex. Your classic workaholic hedonist that many upper middle classic liberal school graduates want to be.

Quinten, played by Ashton Kutcher, was a great character. But it was flawed. I don’t think he would so brazenly give away to Ben that he is the one that left Abilene to die from a drug overdose.

Sure Quinten could have gotten away with it, as he said, but it would have ruined his reputation. Also, is he involved with dealing drugs? That would get him in trouble.

Or maybe he thought Ben would not have gone through with the podcast because of the scrutiny the Shaw family would have gotten. And Ben would want to protect his career and reputation and never release the pod.

I thought the Whataburger scene in the parking lot was a little much. But I think the movie needed one angry rant about the blue versus red states. Also, I think it needed to play up that Ben can be condescending douche.

The script is good because of its ending. The jokes and light-heartedness in the beginning make the ending so much better.

B.J. Novak can direct. I would have liked a darker ending. No music score. But other than that. No complaints. I loved the Texas landscape. It makes good cinematography.

The stand-outs are the cast that plays the Shaw family. Everybody is so good — I love Boyd Holbrook at Ty Shaw and the mom, played by J. Smith-Cameron. J. Smith-Cameron has a small role, but she is great in this movie.

And B.J. Novak is great. He doesn’t go over the top. And that is smart. There is no woe in me with his character.